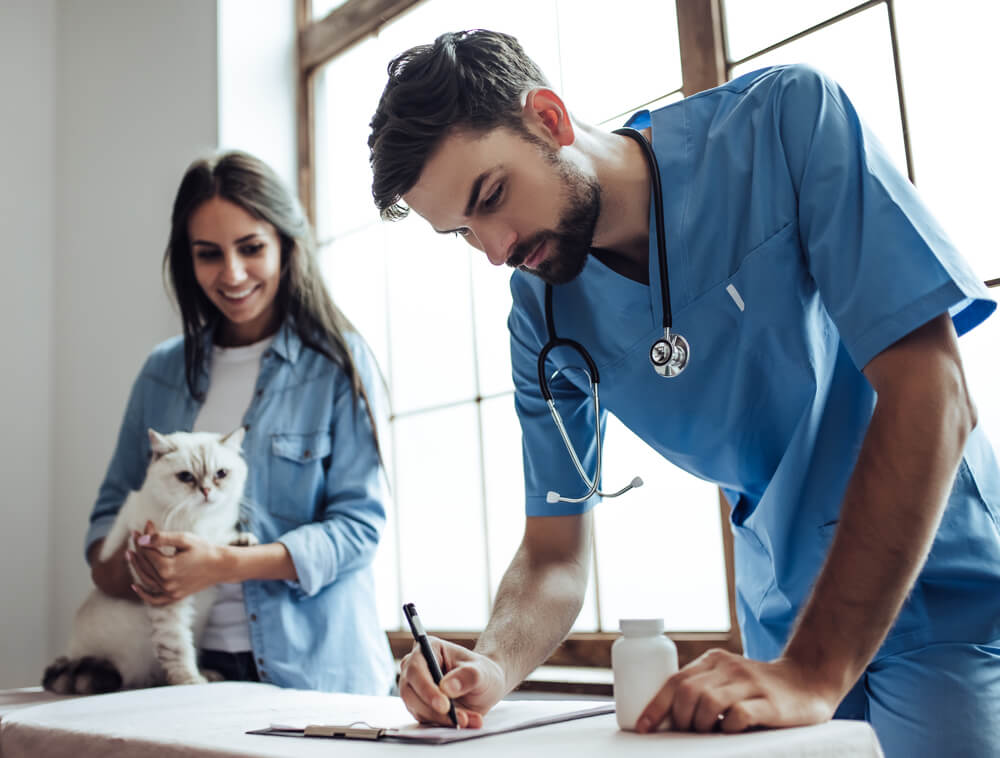 For thousands of years, animals have played a significant role in human civilization, and the bond that exists between humans and animals is mutually beneficial to their health and wellbeing. This relationship contributes to the emotional, psychological, and physical health of animals and humans. Neighborhood Vets Mobile Care understands the important bond between people and their pets, and helps guard this beautiful relationship by keeping your pet healthy and happy.

Ancient cave paintings depicting bovine-like creatures alongside humans demonstrate that humans have been interacting with animals for thousands of years. These initial interactions were likely focused on humans obtaining resources, such as meat, bones, and hides, from animals, but humans eventually realized animals could also provide services, such as cattle pulling carts, and dogs tracking food. In more recent years, animals have served humans during wartime. The United States Army Medical Department Journal describes cavalry horses, sentry dogs, and carrier pigeons performing tasks, providing protection, and offering soldiers stress relief. Since domesticated animals’ welfare provided benefits for humans and their communities, these animals were nurtured, to ensure they stayed healthy and continued to propagate. During this nurturing process, the role of some animals changed from utilitarian to companionship, giving rise to the first pets. This companionship developed strong bonds  between humans and animals, and in today’s society, many people treat their pets and other people similarly.

Close human-animal interactions have demonstrated positive effects on the participants’ psychological, physical, and emotional health. Research has shown that benefits include:

Animals have been used to provide therapeutic assistance to humans from at least as far back as the 19th century, when animals were used to assist the blind. In addition, Florence Nightingale used birds to distract hospital patients, alluding to how soothing and pleasing animal companionship could be for the patients. Working animals today, such as emotional support, therapy, and service animals, perform daily tasks to help their owners navigate life, and provide comfort and security. The bond working animals forge with their human handlers is especially strong.  Examples include:

Information for pet owners about their role

The continual evolution of the human-animal bond has led to pets receiving better medical care. The close relationship between people and their pet has a huge impact on the pet’s veterinary care. Stronger bonds tend to increase responsible ownership practices. These owners are more committed to providing routine health care, and also are more likely to recognize subtle changes in their pet’s behavior, and seek veterinary attention sooner. This can lead to earlier diagnosis and treatment, resulting in better outcomes.

Historically, veterinarians dictated a pet’s treatment, but today, the process is a collaborative effort between the veterinarian and the owner. As your pet’s caregiver, you are uniquely bonded to them, and Neighborhood Vets Mobile Care recognizes the importance of your role in providing preventive care, as well as treatment for diseases and injuries. We are committed to working with you to provide the best possible care for your pet for the rest of their life.

Other
Back to top