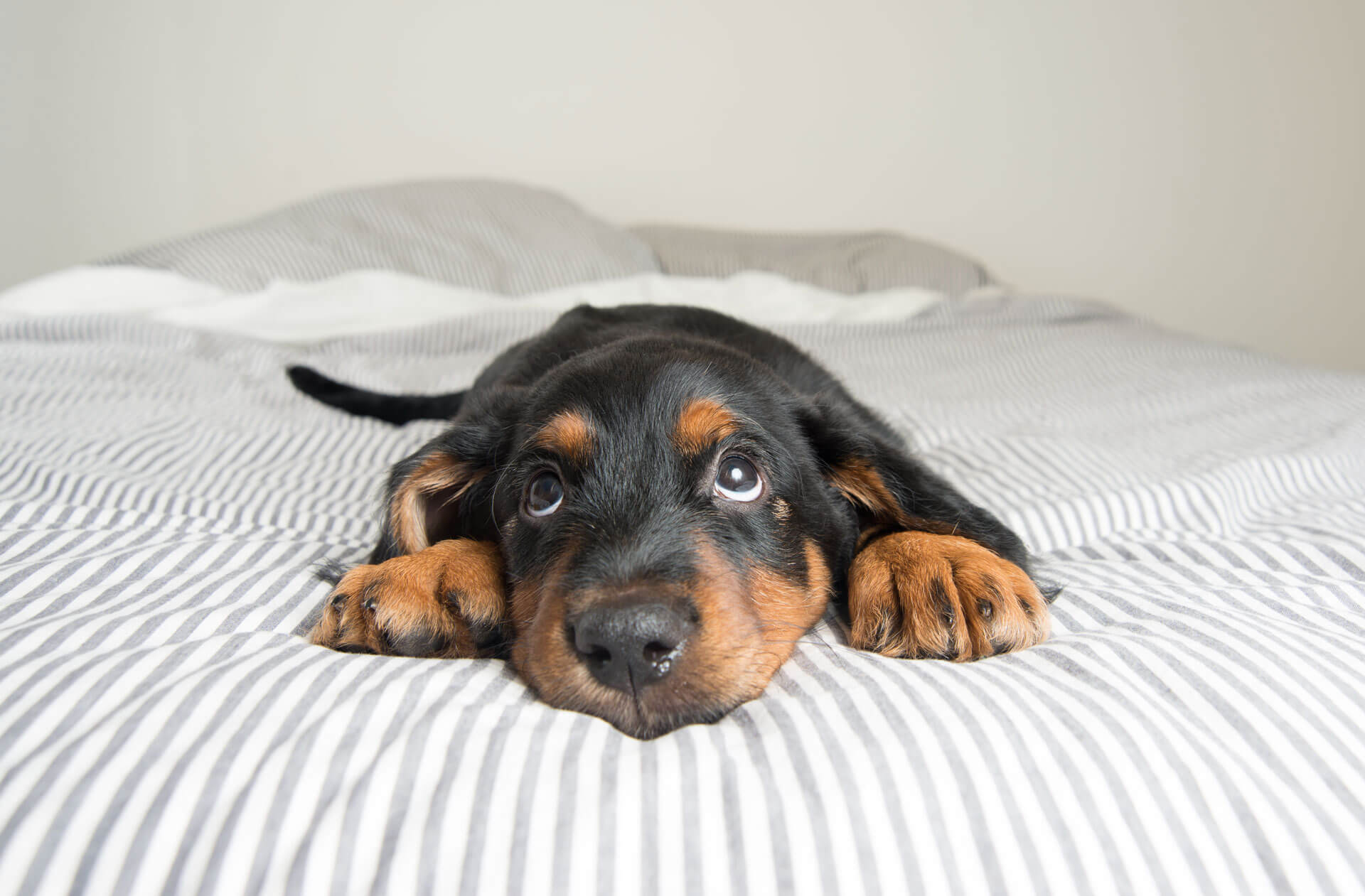 If you could have any kind of dog for a pet, what would you choose? What would be the perfect dog for you? The different types of dogs are called breeds, so someone would ask you, “What breed are you looking for?” There are 202 different breeds recognized by the American Kennel Club. These breeds vary from tiny dogs to giant ones and all have varying behaviors and characteristics that need to be considered before choosing a dog to fit into your home and family.

When you look at a Chihuahua and a Great Dane, side by side, it is amazing that they are members of the same species, Canis familiaris (commonly called canines.) These dogs share the same genetic makeup, physical structure, and basic drives. Over the years, however, humans have brought about amazing differences within this canine species in order to have animals that exhibit physical and behavioral characteristics most suitable for their needs, such as hunting, herding, guarding, or running. The dog’s former role as a worker and servant has been replaced. Today, our dogs are chosen for the most part as companions.

What many people who desire a dog may not know is this: the unique physical and behavioral variations over the years are still true today. Though the Chihuahua and the Great Dane share basic drives, they are very much different both in how they act and how they are built. Chihuahuas are toy-like, high-strung, delicate yappers with long lives. Great Danes are lanky, powerful, active giants and have shorter lives. 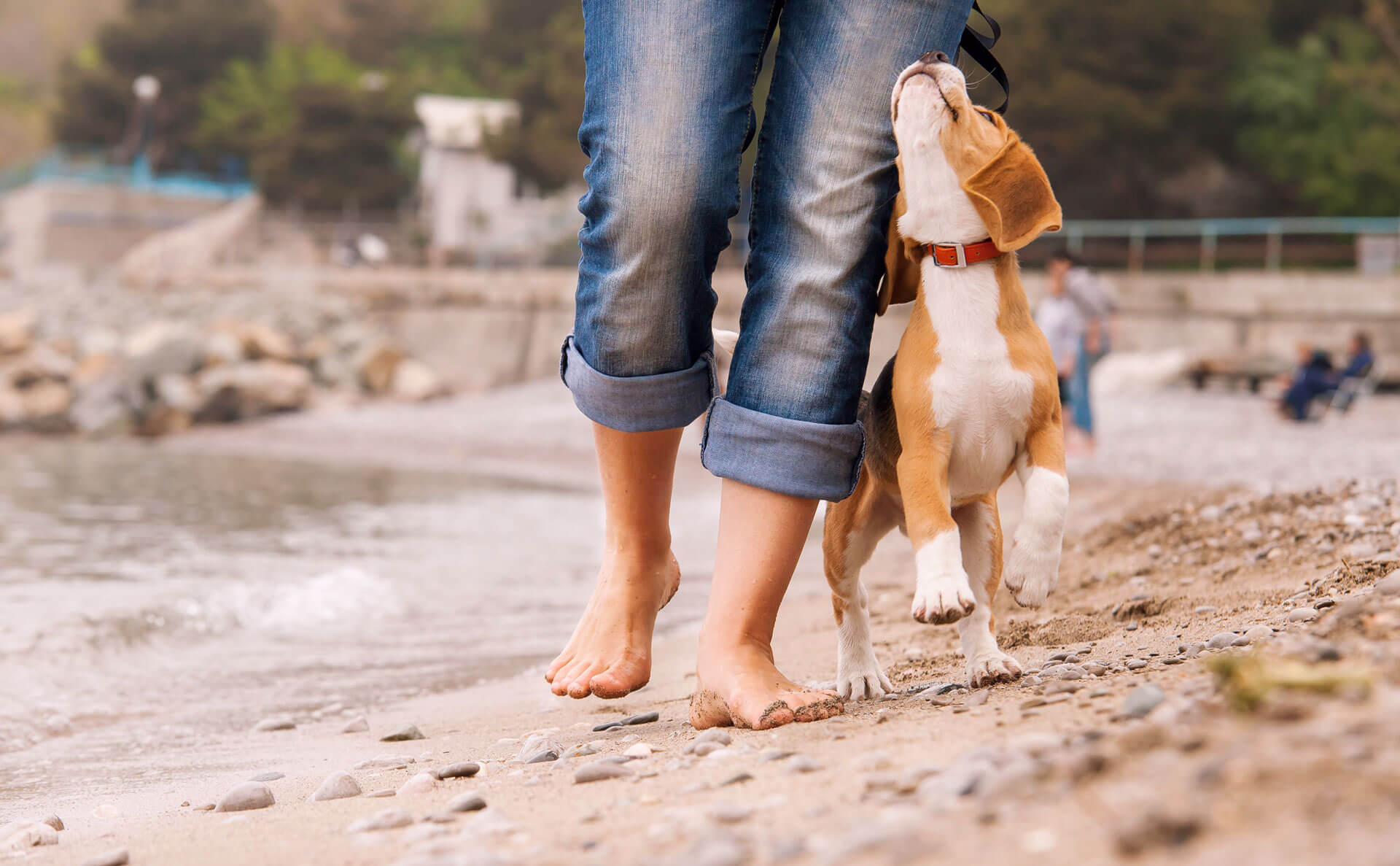 Why Are the Breeds so Different?

In early times, man realized that canine packs were more efficient than humans in the hunt for food. Canines were loyal to a leader and worked well in a pack. They were superior to man in that they could run longer and faster, had more endurance, and had a keen sense of smell to aid in finding their prey. Man was superior in intellect and could domesticate the canines, so a perfect partnership was formed. Dogs would aid man in the hunt in exchange for a safe shelter, a reliable food supply, and protection from predators. The result of this also was companionship—something both species thrived upon.

With the arrival of herding, humans again called upon the assistance of dogs. Dogs were needed now to keep herds of sheep, goats, or cattle together, to move the herds from place to place, and to protect them from wild animals. Hunting dogs in desert lands depended less on their noses, given the sandy soil’s inability to hold scent for very long. The land was one of rolling plains, so prey was easily visible to dogs with good eyesight. The dry open areas also required these dogs to be fast, lightly built, and short-coated so they would not overheat.

The massive breeds were first used to take down large game. They would grab the prey’s muzzle and hold on until the hunter arrived. Rhodesian Ridgebacks were used by the Egyptians to flush lions for archers who were lying in wait. The hounds, the herders, and the massive breeds were the three main groups that had begun to emerge in ancient Greek and Roman times.

By medieval times, Germanic tribes developed scent hounds, dogs that located prey primarily by smell rather than sight. These Europeans were also responsible for perfecting the flushing breeds, initially Poodle-type and then Spaniel-type dogs that would flush game birds from cover, allowing trained falcons to intercept them in mid-flight. These same people also developed small courageous hunting dogs with great drive and stamina to find and kill beavers, badgers, and rats. Today these dogs make up the Terrier Group.

For most of history, dogs played a role of earning their keep with companionship only as a reward for a job well done. The notion of having a dog solely as a companion is a fairly recent development, though members of the ancient Egyptian, Greek and Roman nobility did have companion lapdogs. Only in the nineteenth century did the perception of dogs merely as workers begin to shift to simple companionship,

The 202 breeds listed in the American Kennel Club are divided into seven groups, plus one Miscellaneous Class (breeds that are awaiting AKC approval and possible entry into one of the seven recognized group)s. The seven groups are: Sporting, Hound, Working, Terrier, Toy, Non-Sporting and Herding. 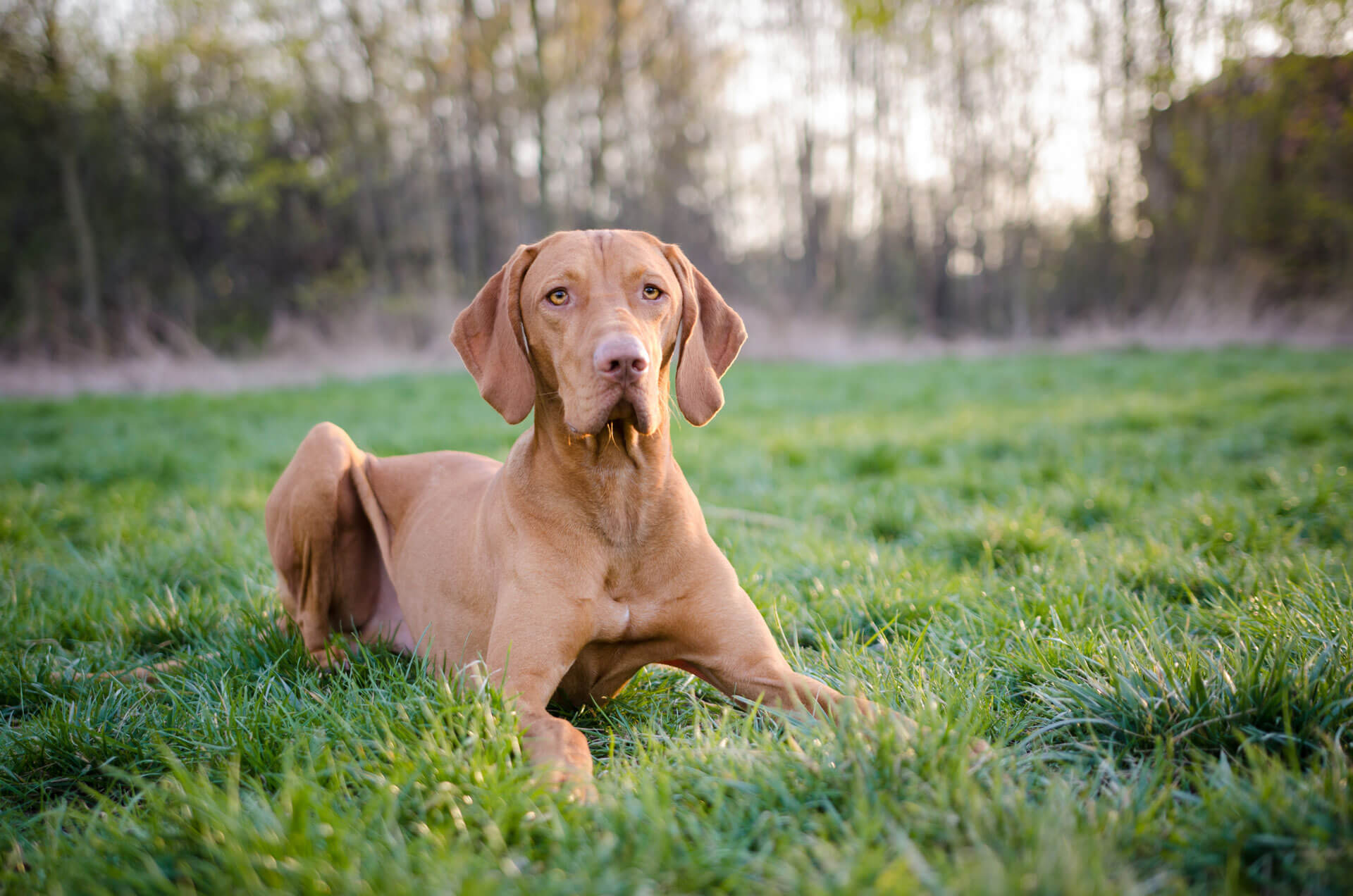 Pointers, setters, spaniels and retrievers were originally developed to assist the hunter in finding, flushing, and retrieving game, usually birds. These dogs have high energy with great stamina and determination. Few would do well in an apartment. They require lots of exercise and an outlet for their energy, even if it is simply retrieving a ball. Dogs from this group are best owned by active persons. None of these breeds will be couch potatoes. 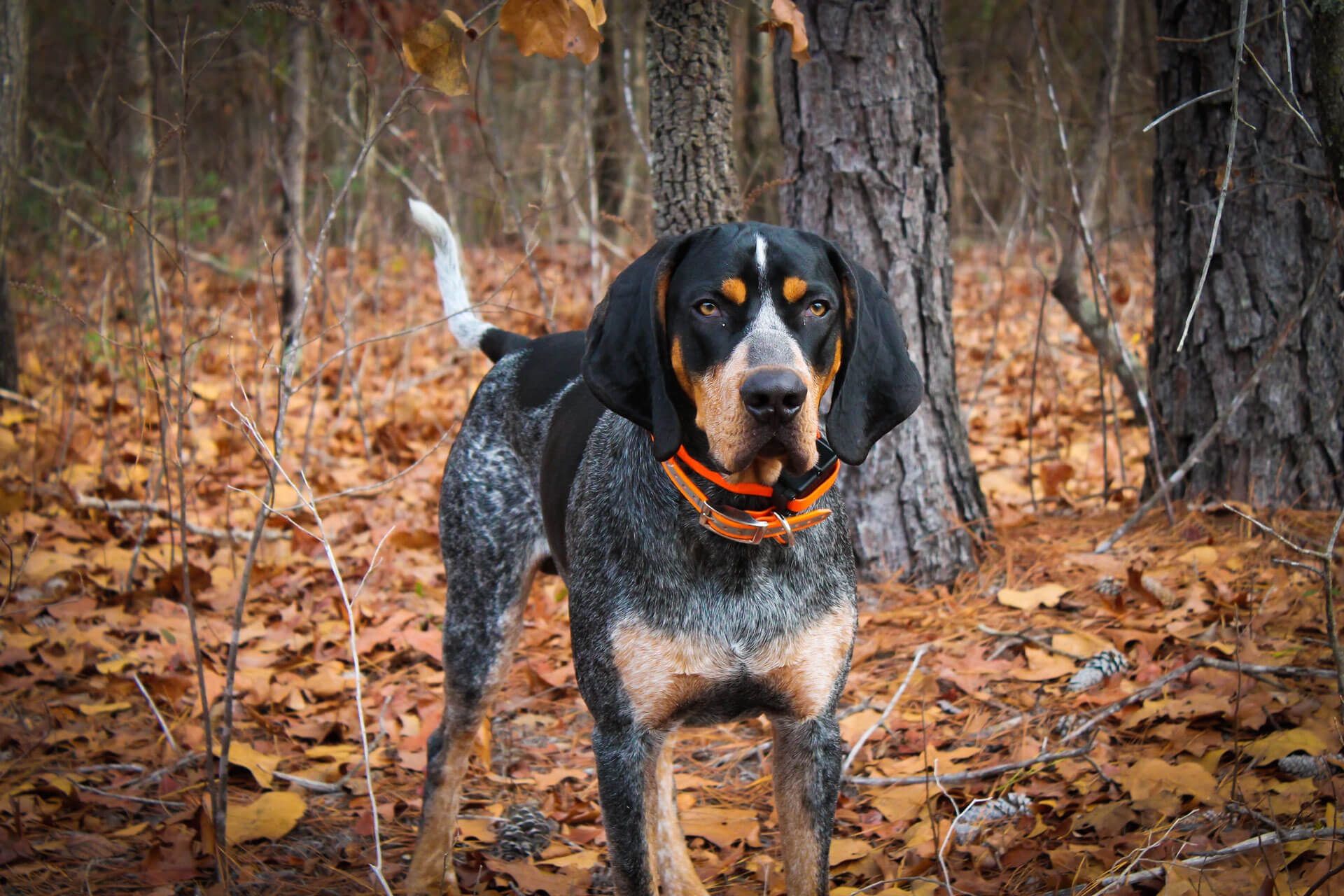 Includes both scent hounds and sight hounds. Scent hounds, such as the Beagle, track prey by using their sense of smell. They are high-energy dogs and driven to their appointed task of finding prey. Sight hounds, such as the Greyhound, spot their prey visually and run it down. They are fast on their feet, slow to learn, and somewhat aloof with strangers. Some of the other well-known hounds are Afghan Hound, Basenji, Basset Hound, Coonhound, Bloodhound, Foxhound, and Whippet. 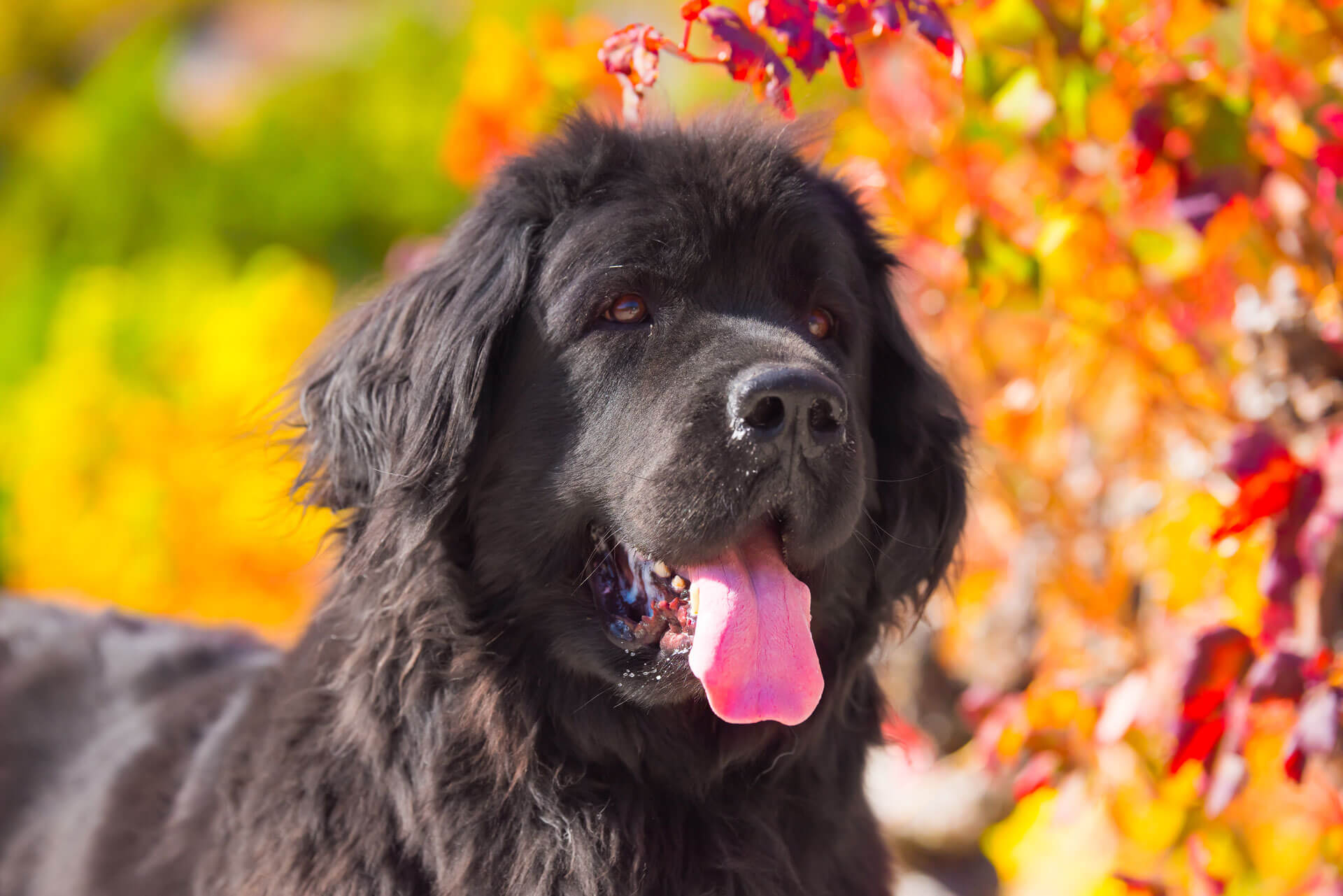 Working breeds include the mastiff types, the herd guarders, and the northern breeds known for pulling sleds. They are large, dominant, strong dogs with courage and stamina. Most are territorial and require a confident owner with great leadership skills. Some of the popular ones in this group: Bernese Mountain Dog, Boxer, Bullmastiff, Doberman Pinscher, Great Dane, Newfoundland, Rottweiler, and Siberian Husky. 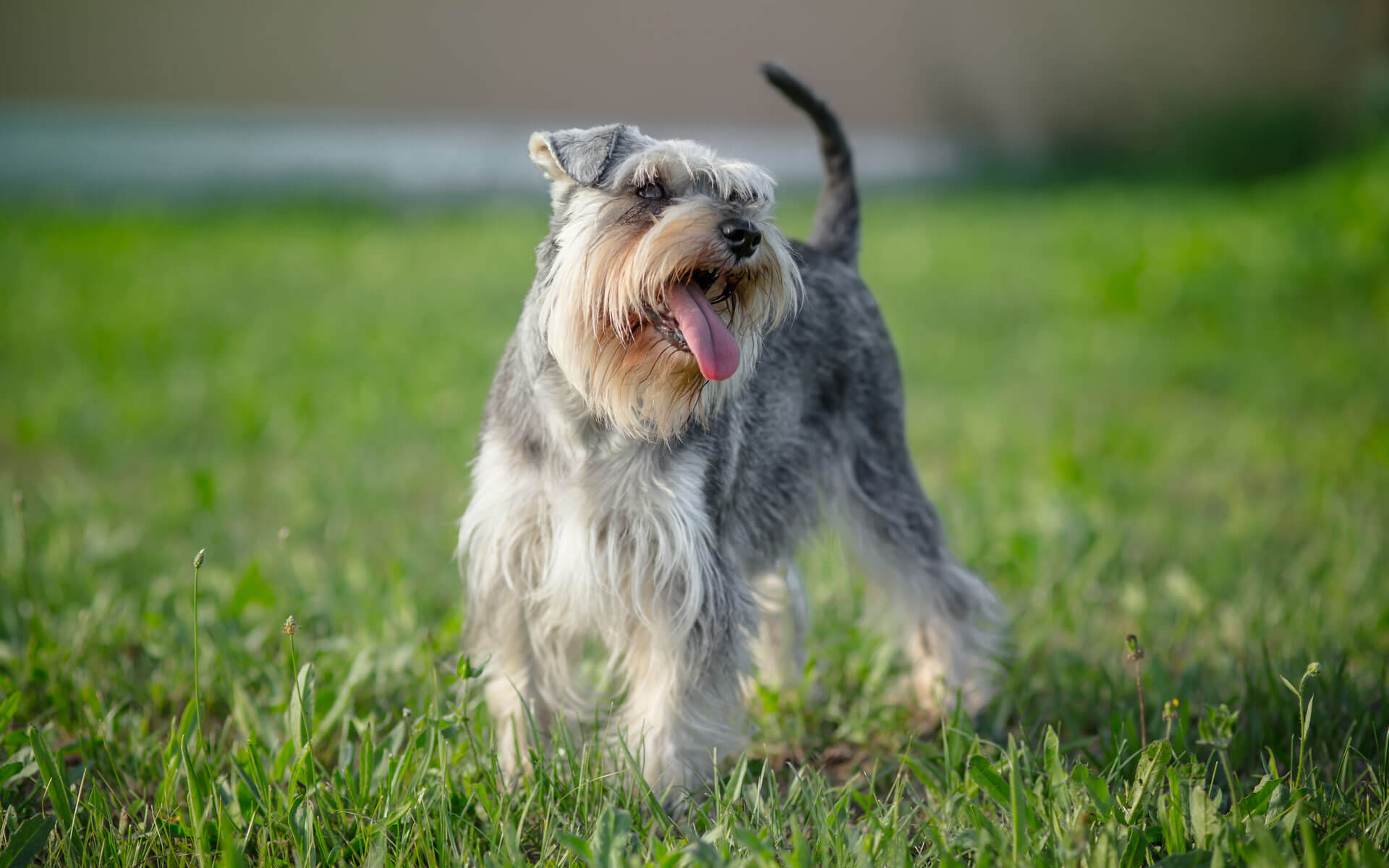 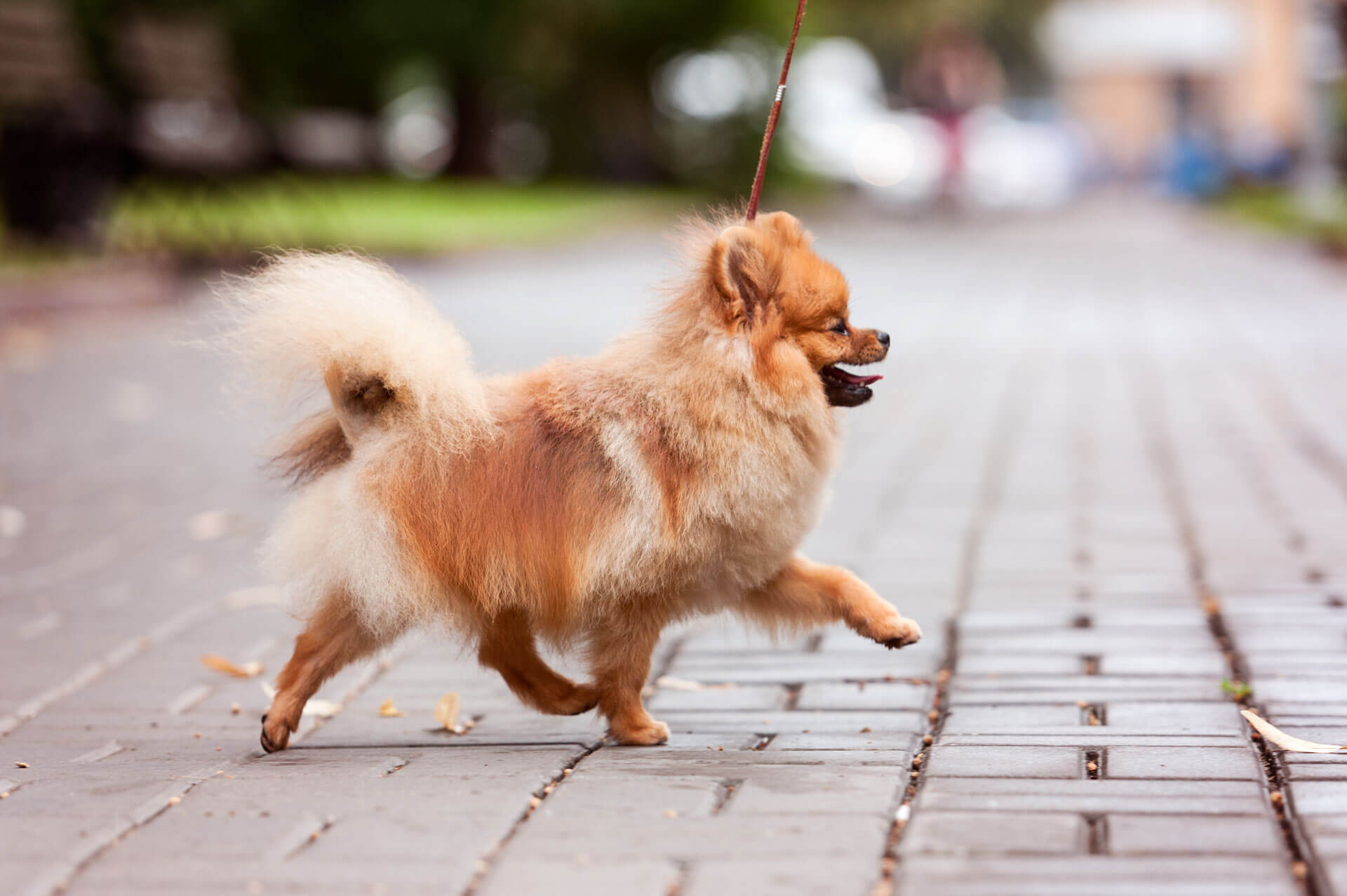 Includes companion dogs and lapdogs. They are small—some only four inches tall at the shoulder and weigh just two or three pounds. Though delicate, they tend to be long-lived. Most toys are difficult to housebreak, most are picky eaters, but they are cuddly and loveable. Common breeds include: Chihuahua, Italian Greyhound, Pekingese, Pomeranian, Toy Poodle, Pug, Shih Tzu, and Yorkshire Terrier. 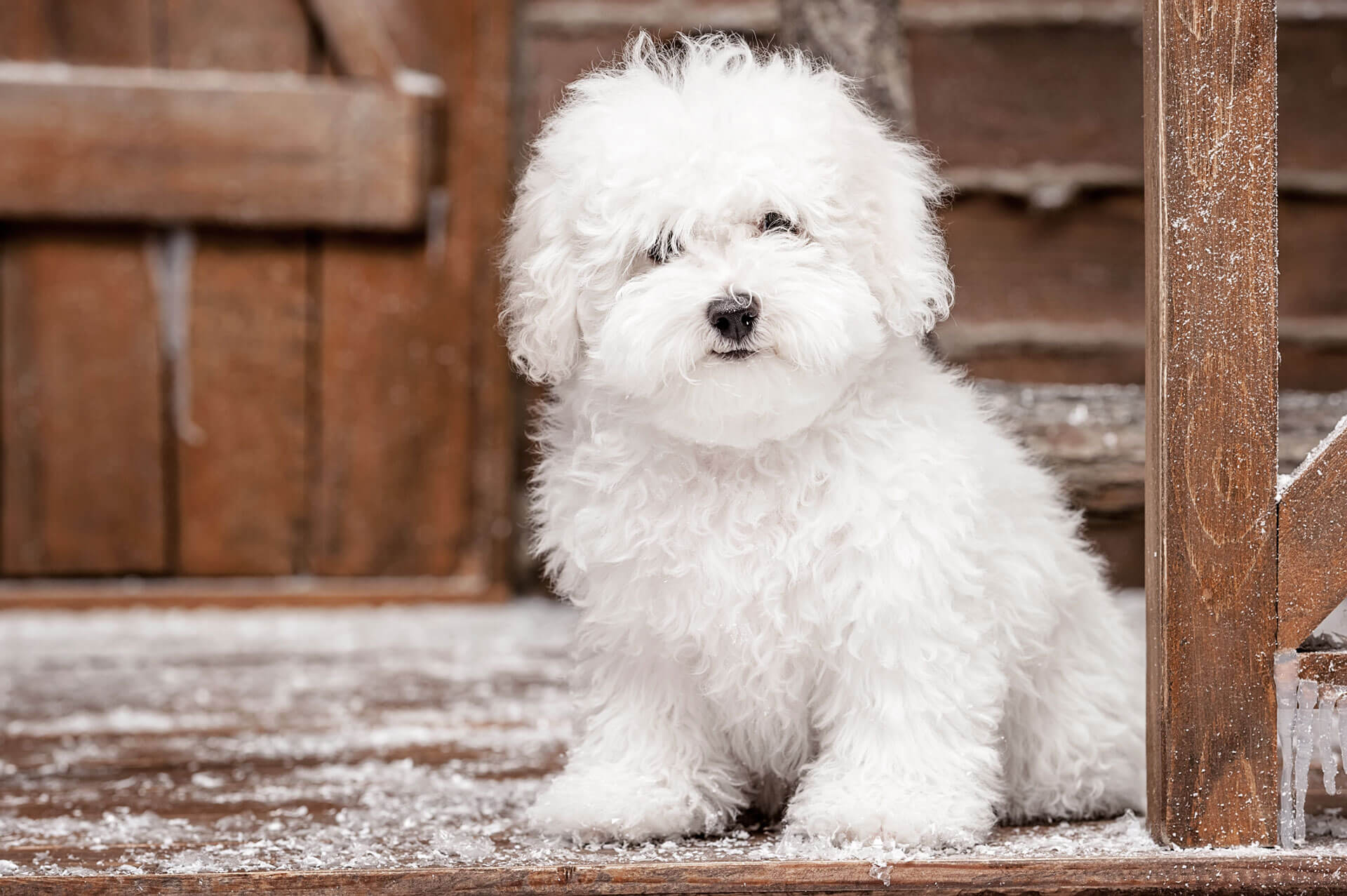 This group is a collection of dissimilar breeds that no longer have a clearly-defined purpose other than that of providing companionship. Examples of this class are: Bichon Frise, Bulldog, Dalmatian, Keeshond, and Standard and Miniature Poodle. 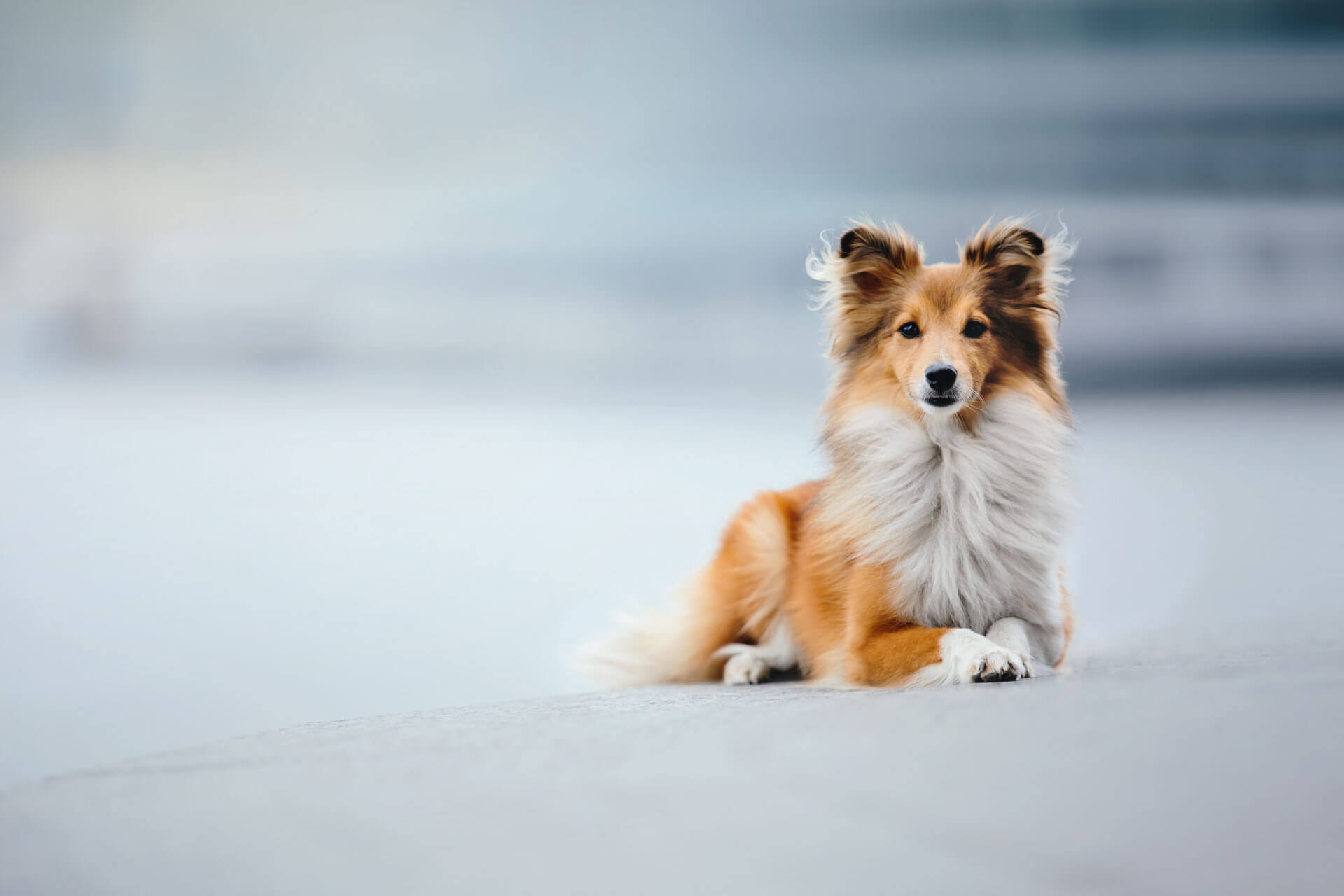 The breeds listed here in these seven groups are the more common breeds. For a complete list, including rare breeds, contact The American Kennel Club at www.akc.org . The AKC also supplies lists of dog breeders across the country.

Do you prefer a Mutt?
Any dog that is a combination of different breeds, rather than one identifiable breed, is affectionately called a mutt. Dogs called crossbreeds are deliberately bred to combine characteristics of two or more recognized breeds, while a mutt is likely the product of accidental breeding. In recent years, the term Designer Dogs has emerged. These trendy dogs are from the cross breeding of two purebred dogs. The original designer dog was the Labradoodle in an attempt to create a hypoallergenic guide dog by mating a Labrador Retriever with a Standard Poodle. Several “doodle” dog mixtures have followed—Goldendoodle, Schnoodle, Aussiedoodle to name a few. Some other popular designer dogs are the Puggle (Pug and Beagle) Cockapoo, Lhasapoo, Maltipoo, Pekapoo, and Yorkiepoo.

The hope of these special mixes is that the pooch will have great qualities from two different dog breeds.

Whether you prefer a pure-bred dog , a trendy designer dog, or a mixed breed, you must consider the dog’s heritage and then consider your own personality and lifestyle. The old-fashioned way to attempt to identify the heritage of a mixed breed dog is by observing the dog and trying to identify what breed each parent was. Look for books with color photos of breeds. Then look at the color, length, and texture of the dog’s coat. Look at its leg and back length, its bite, its ears and tail. Pay attention also to behavior. Is it sniffy like a scent hound? Does it herd like a Shepherd? Is it a natural retriever like a Lab? Its behavior combined with its appearance will be the identifying clues.

In this age of technology there is now a DNA test available to gain insight into your dog’s breed, health, and traits. A simple collection of your dog’s DNA with a cheek swab can be sent to the lab and tested to discover your dog’s family tree and run over 175 genetic health and trait tests, alerting you to potential issues before they strike.. Just search on-line for canine genetic testing.

If you carefully consider the breed characteristics and mesh them with your lifestyle and your personality, and then include a little training, you will have the best friend and companion known to mankind. Your family will have a loyal addition to the clan.
The choice is yours. Choose well!

Dogs
Back to top