Skip to Content
Our scheduler answers our phone Mon - Fri, 9:00 am - 5:00 pm, but, we respond to voicemails every day of the week. 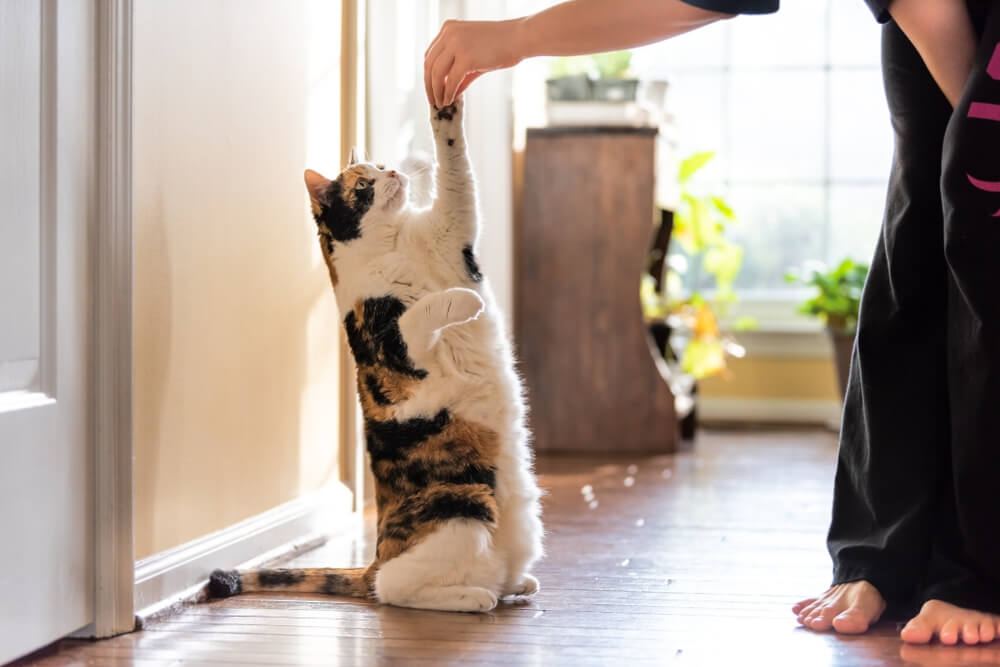 We love cats for many reasons—among other things, their effortless cool, their aloof independence, and their unique personalities ranging from loner to love bug. No matter why cats appeal to you, it’s safe to say that the feline mystique is part of their charm. Get to know your cat better with these 10 fascinating cat facts from Neighborhood Pets Mobile Care.

#1: The first steps toward cat domestication may have started 12,000 years ago

Determining the cat’s exact origins through archaeology has been challenging, because domestic cats and wild cats share a similar skeletal structure. However, current theory and findings suggest cats practically domesticated themselves beginning in the Near East around 12,000 years ago. As early civilization began to thrive, opportunistic cats saw their opportunity—and life has never been the same.

#2: Cats have been to outer space

Cats are truly out of this world. In 1963, a French cat named Félicette was launched 100 miles above Earth aboard a rocket. Félicette’s flight was short, but successful, as her capsule gracefully parachuted back to solid ground 15 minutes later. While cats may not have an edge over dogs when it comes to space travel—many dogs also have been sent to the outer limits—at least they don’t drool during weightless flight.

#3: Cats are 95% genetically identical to tigers

Eye of the tiger, indeed. Genomic mapping has revealed that domestic cats share 95.6% of their DNA with tigers. And while the 4.2% separation likely happened 10.8 million years ago, you can be certain that if cats actually knew about this, they’d still be talking about it.

#4: Cats can be trained to perform a variety of behaviors

It doesn’t take long to realize that cats are highly intelligent. However, their trainability is often overlooked. While dogs are touted for their ability to learn and respond to dozens of cues and perform on command, cats are equally capable when trained with positive reinforcement (i.e., treats, praise, and other rewards). By showing cats what behavior is desired and ignoring—never punishing—bad behavior, you can shape them into responsive companions. Need proof? Alexis, an 8-year-old record-breaking cat, can perform an astounding 26 tricks in one minute.

#5: Cat litter was an accidental invention

Edward Lowe wasn’t looking to help cats with their toilet needs when he stumbled across the idea of using granulated clay as cat litter. Instead, the discovery occurred when a customer at his family’s sand, coal, and clay business requested sand for her cat’s litter box. Because the sand pile was frozen, Lowe gave her a granulated clay sample and suggested the clay’s natural absorbency might do the trick. Word spread and other customers began asking Lowe for granulated clay. Although it took time to get Kitty Litter to a larger market, when Lowe retired,  his company was worth $200 million—turning the cat box into a cash box.

The oldest cat on record is Créme Puff—a short-haired female cat from Texas born in 1967. Créme Puff lived an enriched life, with a home designed to accommodate her feline instincts—including wall-mounted climbing stairs, a movie theater showing continuous nature documentaries, and an outdoor enclosure where she could enjoy the fresh air. Créme Puff died in 2005, shortly after her 38th birthday. Me-wow!

#7: Your cat’s whiskers are extrasensory instruments

Whiskers aren’t ornamental—they’re finely tuned sensors that emerge from hair follicles and are more rigid and extend three times deeper. As sensitive as human fingertips, the whiskers on your cat’s muzzle, above their eyes, and on their cheeks help them navigate their environment. Whiskers act like antennae, transmitting signals of physical pressure or air movement to the sensory cells at their base.

#8: Cats can hear at an ultrasonic level

If you’ve ever watched your cat’s ears move, you might have thought they were receiving a message or hearing voices—and you might not be wrong. Cat hearing extends above 10.5 octaves, compared to our 9.3 octaves. This means cats can hear a wider range of sounds than most animals, including dogs.

#9: Cats only meow to communicate with humans

Kittens meow to communicate with their mothers, but as they mature, this chatty inter-cat habit is replaced with quiet body language and behavior. Adult cats only meow at humans and use the sound to communicate physical or emotional needs, including hunger, pain, or a desire for attention.

Other feline vocalizations include yowling, chirping, chattering, purring, and hissing. Fortunately, purring—a fluttering vibration of air through the larynx—is the most common sound cats make.

It may seem ironic that a mouse would hold power over a cat, but this arrangement works well at California’s Disneyland, where more than 200 feral cats work behind the scenes as natural rodent control. This cat colony established itself within the borders of the “Happiest Place on Earth” during the 1950s, when Walt Disney discovered the feral felines had made themselves at home in Cinderella’s Castle. But, rather than banishing the cats from the castle, Disney took a more, well, Disney-fied approach and welcomed the cats with feeding stations and medical care, including vaccination and spaying or neutering each cat. The colony is still comfortably employed today, and all kittens and the occasionally friendly feral are adopted out to loving homes.

Cats certainly keep us guessing, but they also keep us well supplied with snuggles, laughs, and companionship. For all your cat care needs, contact Neighborhood Vets Mobile Care.

Cats
Back to top